Skip to content
Contents show
1 Cat versus human eyelashes?
2 Do cats need eyelashes? What is their Purpose?
3 Why are cats’ eyelashes hard to see?
4 Do all cats have long eyelashes?
5 Do hairless cats have eyelashes?
6 Do cats’ eyelashes fall out and grow back again?
7 Most common eyelash disorders in cats
8 Interesting facts about eyelashes In Humans
9 Conclusions
Please Like & Share :)

When we say “eyelashes”, we think of those little hairs that come out from above and below our eyes. These hairs are attached to the upper and lower eyelids, respectively. Around the globe, in some cultures, eyelashes are considered a sign of beauty – the longer and thicker they are, the more attractive that person is. As a result, women buy all kinds of cosmetics that help them have longer and fuller eyelashes.

The subject of eyelashes in cats is considered controversial because opinions are divided – some say cats have eyelashes, others say they do not! Animals like cows, horses, or camels have obvious eyelashes with long, black hairs. In contrast, cats’ eyelashes (called cilia) are short and usually have the same color as their coat; therefore, they will not seem as long and dark, not being so noticeable. Cats’ eyelashes can be seen after pulling up the upper eyelid a little and do not have a well-defined function, but along with the third eyelid, fur, and whiskers, they play the role of the first line of defense in protecting vision.

Human eyelashes can be a sign of beauty, but most importantly they are the first line of defense against foreign objects that may enter our eyes. Therefore, they have the role of protecting eyes and vision. Eyelashes are called cilia and protect us from the wind, rain, flying insects, or the sun.

The upper eyelid contains about 150 longer eyelashes, curved upwards, and the lower eyelid, about 80 short hairs, curved downwards. Each eyelash is connected to a sensitive nerve plexus at its base, through its roots, which tells our brain to blink instantly, triggering a protective response.

Also, as in humans, the eyelashes of cats are actually a row of stiff strands also called cilia, which grow on the upper and lower eyelids. They are shorter and not curved.

Do cats need eyelashes? What is their Purpose?

If a foreign particle enters our eyes, it could cause harm, but the eyelashes help us make this as unlikely as possible. They are not straight, are slightly curved, perfect to catch the dirt and keep it away from our eyes. Eyelashes also let us know when something comes to our eyes – the hairs are extremely sensitive and act as an extension of our eyeballs. When we feel something is coming towards us, we can quickly close our eyes to avoid it.

But in cats, due to their short length, they cannot perform these two functions. Cats’ eyelashes do not look like those in humans or the animals mentioned above, which explains the reason for the difference of opinions.

Cats have evolved to have such small and almost non-existent eyelashes because they have other forms of protection, such as fur, whiskers, and the third eyelid.

Fur help cats protect their skin and eyes from dust, humidity, dirt, and debris. The longer the coat, the harder it will be for foreign particles to enter your cat’s eyes.

x
Does My Cat Have Eyelashes?

Whiskers help a cat navigate its surroundings when its face is close to an object. Therefore, whiskers can partially fulfill the role of eyelashes but from a much greater distance.

The third eyelid is a structure that stretches along the surface of the eyeball, keeping it clear and clean. It is also called the nictitating membrane. It is an additional eyelid with a special role in mechanical protection and lubrication of the eye. The nictitating membrane moves passively, without the cat’s will, becoming obvious for the owner if it covers part of the circumference of the eye. Usually, when the cat sleeps, this eyelid “wraps” the eye, from the internal to the external angle, normally, under the two eyelids, upper and lower. If you are fast enough you can see, for a fraction of a second, this eyelid until it retreats into its usual space, in the internal angle (from the nose) of the cat.

Why are cats’ eyelashes hard to see?

Cats’ eyelashes are difficult to distinguish because they have hair all over their faces, and their eyelashes are short and thick, mixing with the rest of the cat’s coat. Many owners confuse their cat’s eyelashes with the fur on their face, hence the uncertainty created among them.

Do all cats have long eyelashes?

Although they are short in most cat breeds, there are some breeds that have long eyelashes, such as Maine Coon, Persian, or Ragdoll. Of course, the longer the eyelashes, the more noticeable they are to the owner. This will make the owner sure that his/her cat has eyelashes as such.

Do hairless cats have eyelashes?

Unlike cat breeds with very long eyelashes, there is also the Sphinx breed. The most obvious feature of this breed is the lack of hair. Although Sphinx cats are known as “hairless cats”, they actually have peach-like fuzz on their bodies, especially on their noses, toes, and tails. They may have eyelashes and whiskers, although the majority of individuals do not have them.

Other breeds without eyelashes are Devon Rex and Cornish Rex.

Do cats’ eyelashes fall out and grow back again?

As in humans or other species, eyelashes grow in 3 periods, as follows:

1. The period of active growth or anagen phase, where the eyelashes will grow to a certain length.

2. The transition period or catagen phase, where the eyelashes will stop growing, and the hair follicle will begin to shrink.

3. The rest period or telogen phase is the longest phase of the cycle, and at some point, the eyelash will fall.

It is normal for one or more eyelashes to fall out daily because it ends its cycle, with new ones growing back.

Most common eyelash disorders in cats

Eyelash disorders are caused by the growth of hair follicles in abnormal directions – the eyelashes grow towards the eyes and irritate the cornea. These disorders are more common in young cats but can also occur in adults.

One of the medical conditions that can occur at this level is distichiasis or double lashes. This is a rare condition, including in humans, in which two rows of genes are present. This row of extra eyelashes could also mean a single eyelash, a few hairs, or a complete set; these being thinner, shorter, and lighter. This mechanical trauma often leads to infection, and the owners will often have to wipe away the accumulated pus.

Treatment consists of removing or repositioning the eyelashes that cause the trauma through surgery.

Another condition is entropion, which is a change in the position of the eyelid, being characterized by the reflection of its free edge. The skin and cilia that are on that margin will cause corneal lesions of varying degrees (from simple erosion to corneal ulcer and corneal perforation). Sometimes these corneal lesions secondary to entropion are treated without results for years. This condition is more common in dogs compared to cats, where is a predisposition to breed due to the conformation of the facial mass.

Interesting facts about eyelashes In Humans

Eyelashes fall between 1 and 5 per day, and at three months, a new one appears, having a shorter cycle than the hair that grows on our heads.

At some point in time, 90% of our lashes will be in the active period and will grow about 0.16 millimeters per day.

The record for the longest eyelashes is held by a man – 2.75 inches (6.99 cm) long. The average length at which the eyelashes grow normally is about 10 mm or 1 cm.

Despite the divided opinions that people have, cats do have eyelashes. These are called cilia and have a structure similar to that of humans’ eyelashes.

Unlike us, where eyelashes are the first line of defense against dust, moisture, sun, debris, in cats, this role is partially fulfilled by their facial hair, the third eyelid, and whiskers.

The most common medical disorders at this level are entropion (one of the eyelids is reflected towards the eyeball causing permanent irritation) and distichiasis (double eyelashes). These medical conditions can cause the eyelashes to reach the eyes, irritating the cornea, which sometimes might infect. Generally, the treatment is represented by surgery.

Eyelash disorders are more common in young cats but can also occur in adults.

If you notice the following clinical signs in your cat, you should go with it to a veterinary consultation: eye redness, irritation or pain, watery eyes (excessive tearing), mucous discharge and eyelid crusting, scratching, the presence of the third eyelid, etc.

!Untreated eye problems can lead to blindness and eye loss. 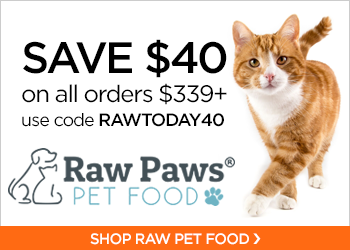