“Void” is the name usually given for completely black cats.These are called this way for several reasons.

The name “void” for black cats comes primarily from the fact that when these little felines are in dark places, they become almost invisible.

Often, these cats also have shiny and thick fur, and it is difficult for the owners to notice their pets when they are next to them.

The second reason why these cats are called “voids” is because of their deep black color. You almost can’t see them when they curl up in a ball.

In this article, you will learn many new things about black cats, such as what does “void” mean in cats, how to take a proper photo of a black cat, how rare are black cats, and many more.

What does “void” mean in cats?

“Void” means nothingness, and looking at a black cat is like staring into an empty dark place because these animals are so black. It is also a nickname given to deep black cats.

Why are black cats called “voids”?

“Void” is the name given to deep black cats that are confused with dark backgrounds. This name also occurs due to the fact that these cats have thick and shiny black fur and sometimes cannot be seen even when they are near their parents.

In other words, these cats “disappear” in dark places no matter how hard you look for them, becoming part of the void.

When these cats adopt indistinguishable shapes when sleeping or resting, they are seen from a distance as black holes.

How do I take a good photograph of my black cat?

A cat with black fur will absorb plenty of light. Therefore, you will need a lot of it. It is recommended to use natural or lamp light. Do not use the flash of the phone or camera because it can scare your cat or create discomfort.

Also, avoid direct sunlight because it will produce harsh shadows. To photograph your black cat, you will need diffused light.

Void cats have every part of their body black, including the inside of their ears, as opposed to black cats that have the ear canal a lighter color and sometimes tufts of white or gray hair.

In void cats, all you can see are their eyes if they are open, otherwise, they look like black holes.

How rare is a black cat?

The black color of fur in cats is not so rare, but on the contrary, it is very common. Unfortunately, these cats are also the least desirable option when it comes to adoption. People usually prefer light or multicolored cats.

Are black cats males or females?

Black cats can be both female and male. However, due to genetics, the black color of the fur tends to be more prevalent in males than in females.

22 known and recognized breeds of cats may have black offspring, but only one is completely black, with no kittens of other colors. This breed is called Bombay.

The Bombay breed was developed in the 1950 by crossing Sable Burmese with black American Shorthair. The purpose of this interbreeding was to create a black cat that looked like a miniature panther.

Black cats have a reputation for being the color with the strongest human orientation.These cats are friendlier to the people who bring them home and are happy to have a family forever.

It is considered that black cats are generally shyer and more solitary but with strong personalities. They are also very loving and sensitive than other types of cats.

The black cat could be the most affectionate cat you have ever met but at the same time, the most antisocial. This is because the personality of a cat is not determined by the color of the fur.

While cat owners can argue that cats of certain colors have specific personality traits, this is purely based on anecdotal evidence or their own experience. There are no scientific studies to support these claims.

It seems that the genes that lead to the complete pigmentation of the fur in black also have the role of protecting cats from various diseases.

It has been found that genetic mutations that cause cats to turn black not only help them camouflage better but also give a chance to avoid certain health issues. For example, these mutations affect the same genes that provide resistance to HIV in humans.[2]

By studying this trait, researchers can find some ways to prevent cancer, HIV, and Alzheimer’s in our society.

Black cats live an average of 13-17 years like most cats that spend their life indoors.

However, some authors state that black cats live longer than other cats, and the reason is that they have a better immune system compared to other colors.

Why are black cats so vocal?

It is said that black cats are more vocal because they were mostly stray cats and needed to communicate for their survival in one way or another, so they chose to “speak”.

Also, black cats that have the Siamese cat gene tend to be intensely vocal. This trait represents a form of communication.

But most of the time, the fact that cats are vocal depends more on their character than on their color.

Why do black cats have yellow or golden eyes?

Black cats produce more melanin than other cat colors. This pigment not only darkens their fur but also gives the eyes the color yellow, gold, or amber.

Not all black cats have yellow eyes. Actually, most of them have green eyes, but there are also black cats with blue or hazel eye color.

Why do black cats have bald spots?

It may sometimes seem black cats have more bald spots than other cats. This happens due to their coat color and the fact that most black cats have lighter skin, being just an optical illusion.

Bald spots on black cats can occur due to parasites, fungi, or internal conditions. Always talk to your veterinarian if your cat is starting to get hairless spots or alopecia.

Top 6 facts you did not knew about black cats

Black cats can get a rusty brown color if they like to spend a lot of time in the sun. The sun’s rays break down the pigment in their fur as it happens to people when their hair turns light if they stay in the sun for a long time.

If they also have a gene of tabby cats, when they spend more time in direct sunlight, the characteristic stripes will be noticeable.

2. Black Cats Can Bring You Love

Contrary to popular belief, in some parts of the world, it is said that whoever owns a black cat will be lucky in love and attract potential partners.

In Japan, if you are an unmarried woman and you have a black cat, your chances of finding a husband increase. Also, in the UK, a black cat is considered the ideal wedding gift for a happy marriage.

In historical times, sailors and fishermen kept black cats on board to bring luck and guarantee them a safe journey.

Wives also kept a black cat at home to make sure their husbands returned safely from the sea.

It is known that the ancient Egyptians worshiped cats, including black ones. Many households owned at least one cat. At that time, they were considered symbols of luck.

The Egyptian goddess Bastet, who was the protector of the house, domesticity, women’s secrets, of cats, etc., is often depicted with a black cat’s head.

If you are in Germany and a black cat crosses your path from right to left, it means you will be lucky.

By the Middle Ages, black cats became associated with occult practices. At that time, there were many legends about the demonic nature of these cats.

The legend tells the story of a man and his son, who found a black cat and began throwing stones at it. The wounded cat took refuge in a woman’s house, whom the villagers thought was a witch.

People’s suspicions increased even more the next day when the woman appeared in the village limping and bruised. This led many to believe that the cat had turned into a woman.

In 2011, before she died at the age of 94, Maria Assunta made sure that all her fortune would remain with her cat, Tommaso, whom she had saved from the streets of Rome. The inheritance includes money and real estate from Rome, Milan, and Calabria.

Initially, the woman and her lawyers sought a foundation to take care of Tommaso in exchange for his fortune. But she couldn’t find the right one. Maria Assunta then decided to leave all her wealth to Tommaso, through the nurse who took care of her until the last moment.

Why Do Some People Hate Black Cats?

Some people do not like black cats because of the stigma they have been subjected to for decades. These dark little felines have been associated with demons and witchcraft since ancient times, and that’s why some superstitious people still see black cats as evil spirits or bad luck.

Do Black Cats Get Adopted Less?

Studies show that black cats are less adopted than light-colored ones and are more likely to be euthanized.[3] This usually happens for the same reasons some people do not like black cats.

Other causes for why people do not adopt black cats are:

What Does a Black Cat Symbolize in Japan?

In Japan, black cats are considered good luck. In this country, the cat figurine with one or both paws up is very widespread and is called manekineko. These are usually gold but can also be black.

The list of names for black cats is very long, but the most common are:

How Much Do Black Cats Cost?

Don’t forget to add the cost of maintenance, food, and trips to the vet.

Where to Buy Them?

If we are talking about Bombay cats, they should only be purchased from authorized breeders. This breed can also be bought from some pet shops.

Is there an Official Black Cat Day?

Yes, The National Black Cat Appreciation Day is celebrated on August 17 every year, and the National Cat Day on August 8.

Most Famous Cafes for Black Cats

The first cat cafe was founded in Taipei, Taiwan, in 1998.

Such cafes have become so popular with Japanese tourists that there are currently over a hundred such locations in this country.

Besides, Japan is the only country in the world that has a black cat cafe. This is located in the castle town of Himeji and is called Nekobiyaka.

Black cats have always been considered more special. Perhaps the mystery they emit and their more withdrawn personality have made them an enigma to us humans. All those positive or negative beliefs actually accentuated their popularity.

Cats of any color are a gift of nature that we must respect and enjoy as much as possible. They are souls who need stability, security, and a lot of love!

So put your superstitions aside and enjoy the love and devotion of a black cat! 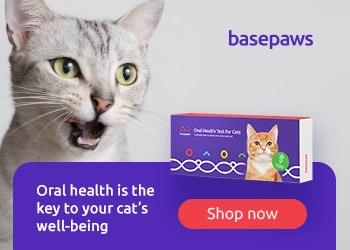